Sultan Kudarat was part of the former empire province of Cotabato, until its creation as an independent province (along with Maguindanao and North Cotabato) on November 22, 1973, through Presidential Decree No. 341 signed by President Ferdinand E. Marcos.

The name Sultan Kudarat given to the province was derived from the Muslim ruler, Sultan Muhammad Dipatuan Kudarat who begun to assert his leadership in the year 1619 and reigned in the Sultanate of Maguindanao from 1625 to 1671. He is considered a national hero, and in his honor the province was named after him.

Sultan Kudarat is situated on the southwestern section of central Mindanao. It is bounded on the north by the provinces of Maguindanao and North Cotabato; on the south by South Cotabato and Sarangani; on the east by Davao del Sur; and on the west by the Moro Gulf and the Celebes Sea. The province's total land area is 5,298.34 square kilometres (2,045.70 sq mi).

The province has an irregular coastline of 132 kilometres (82 mi) in its three coastal towns, which face the Celebes Sea. These coastal areas are prone to tsunamis coming from the Celebes Sea. Approximately 2/3 of Lake Buluan's area is covered by the province in the towns of Lutayan and President Quirino. There are 7 major rivers within the province: Alip, Allah, Kapingkong, Tran, Salaman, Palimbang and Kabulnan. Additionally, there are 23 large creeks and 11 major springs within the province.

The climate of Sultan Kudarat falls under Type IV of Climate (characterized by rain showers or evenly distributed rainfall throughout the year). Heavy rainfall occurs from April to November. Unlike most other provinces in the country, Sultan Kudarat is generally free from typhoons as it is situated outside the "typhoon belt".

Tacurong City is the smallest unit in the province by land area, but is the most urbanized and is considered the province's commercial center. Other growth centers are Lebak and Isulan, the latter being the provincial capital. 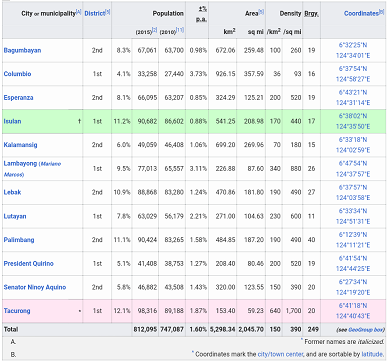 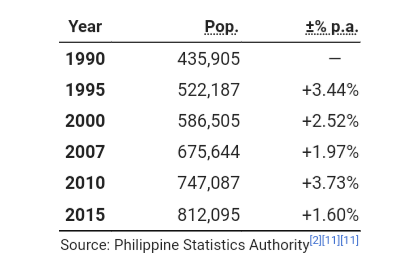 At the 2000 census, the province had a total population of 586,505 inhabitants, which grew to 747,087 in the 2010 census. About 113 ethnic groups were identified in the province in the 2000 Census. The Hiligaynons constitute the majority of the population, with Hiligaynon being the province's most widely spoken language. Other languages spoken in the province are Maguindanaon, Karay-a, Dulangan Manobo, Blaan, Teduray, Ilocano, and Cebuano.

Aside from the Hiligaynons, who settled in Sultan Kudarat around the 17th to 18th centuries along with the Karay-as, other ethnic groups in the province include the Maguindanaons (who constitute the majority of the provincial Muslim population), as well as the Manobos, Tedurays and Blaans, the three autochthonous ethnic groups of the province. Ilocanos and Cebuanos meanwhile are relative newcomers to the province, with the former comprising the majority of the population of the towns of Lambayong and President Quirino, the latter in the town of Kalamansig.

The four major religious groups in Sultan Kudarat are Roman Catholicism (55.99%), Islam (29.48%), Evangelical (7.20%), and Iglesia Ni Cristo (2.26%). Other Christian groups constitute most of the remainders such as the Seventh-day Adventists, United Church of Christ in the Philippines, Jehovah's Witnesses, United Methodist Church, Southern Baptists, as well as "tribal religions". In 2015 the Philippine Statistics Authority recorded Islam followed by 29.48% of the population. 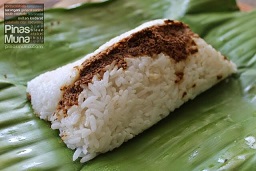 Pastil is a Maguindanaoan delicacy that is basically steamed rice topped with flaked chicken, beef or tuna, and wrapped in banana leaves. Each serving of pastil costs between P8.00 to P10.00 which makes it a very affordable (and portable) meal. It may be paired with a hard boiled egg. Both Muslims and Christians in Sultan Kudarat love pastil that you can see pastil houses in almost every block in Isulan and Tacurong City. There are also pastil vendors at bus stations. If you get the chance to visit Sultan Kudarat, you should try one, it's really delectable. 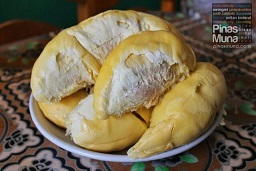 Sultan Kudarat is also blessed with fertile lands making the province agriculturally self-sufficient. Some of the sweetest and creamiest Durian we tasted are from Sultan Kudarat. Where ever we are in Mindanao, we always make sure that we eat locally grow durian. 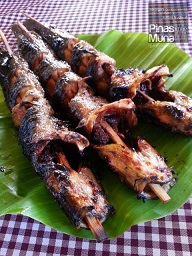 In Tacurong City, VE-JR Ihaw-Ihaw is a favorite dining place for the locals and tourists because of their famous catfish dishes. The restaurant has its own pond where they grow their catfish. We love their fried catfish and grilled catfish. They taste fresh and very clean. Don't leave Tacurong City without dining here at VE-JR Ihaw-Ihaw. 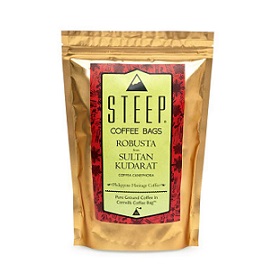 Coffea Canephora or Robusta Coffee is sourced from Sultan Kudarat, a southwestern province of Mindanao and now considered the coffee capital of the Philippines. It has a rich, woody and full-bodied flavor with low acidity and a peanutty aftertaste. Its high caffeine content makes it perfect for those who want to ignite their mornings with a deeply flavored coffee.

Sultan Kudarat the name alone can evoke images of royalty. Rightfully so as the province was named after the ancient sovereign ruler Sultan Muhamammad Dipatuan Kudarat who was famous for bravely resisting the Spanish occupation during the colonial period. And what outsiders, even many Filipinos outside the region, probably don't even know is that they have a land blessed with rich natural resources so rich in fact that many of its flora and fauna have not been fully discovered right inside their backyard. And just as the province opens its doors to tourism and investment, let us offer you an insight on where to start your vacation it the province.

Yes, even the provincial capitol itself is worth seeing. Standing right in the center of the Isulan is the Sultan Kudarat Provincial Capitol which gives you a glimpse of the Arabic architecture with its white Arabic-inspired structure noticeable for its a big gold dome at the center. And wait until you get inside. Unlike other provincial capitols in the country, everything inside the Capitol are expensive and luxurious. Opulent chandeliers, fine window drapes, intricately designed seats and chairs it is swelling with luxury! Here's a fact, the whole 5-storey building cost almost half a billion pesos in construction. No wonder why it is considered one of the finest government buildings not only in the country but also in Asia. A secret island complete with the ingredients for a perfect getaway, Balot Island is every sun worshippers' paradise. It boasts of fresh sea breeze, calm turquoise waters, pristine white sand beaches, satisfying every real beach lover's dream. Balot is one of the six islets in Barangay Paril, Kalamansig. You can hire a bangka from the fishport to take you to the island. The ride can take for more than hours but once you see the beautiful coral reefs under the clear blue water teeming with life and the white sand jutting from the blue waters, you know that the long boat ride will be worth it. 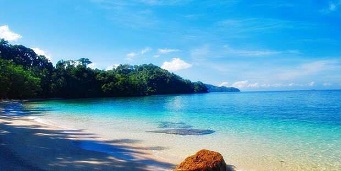 The town of Kalamansig itself is a worthy attraction. It is famous for its beaches, including Lenek, Santiak, Tayandak and Poral, as well as special coves which you can have all to yourself. It emerald waters are so clear you don't need to snorkel or dive just to see what's underneath. And here's something that will get you excited, the coastal is swarming dolphins, whales and yellow fin tuna.